Beth from BKA Shukokai Karate (Wales) was in 10 Downing Street on Thursday (second time) met and had a chat with Prime Minister Boris Johnson and Carol Vorderman, Beth has won another Welsh National Award in April she now has 6 National UK Awards for her work in Martial Arts, she is grading students next Friday so should have some more for you soon.

We are proud to congratulate an IMASA Member Bethan Owen from one of our Welsh Clubs; for the Awards presented at the National Awards Night in London. 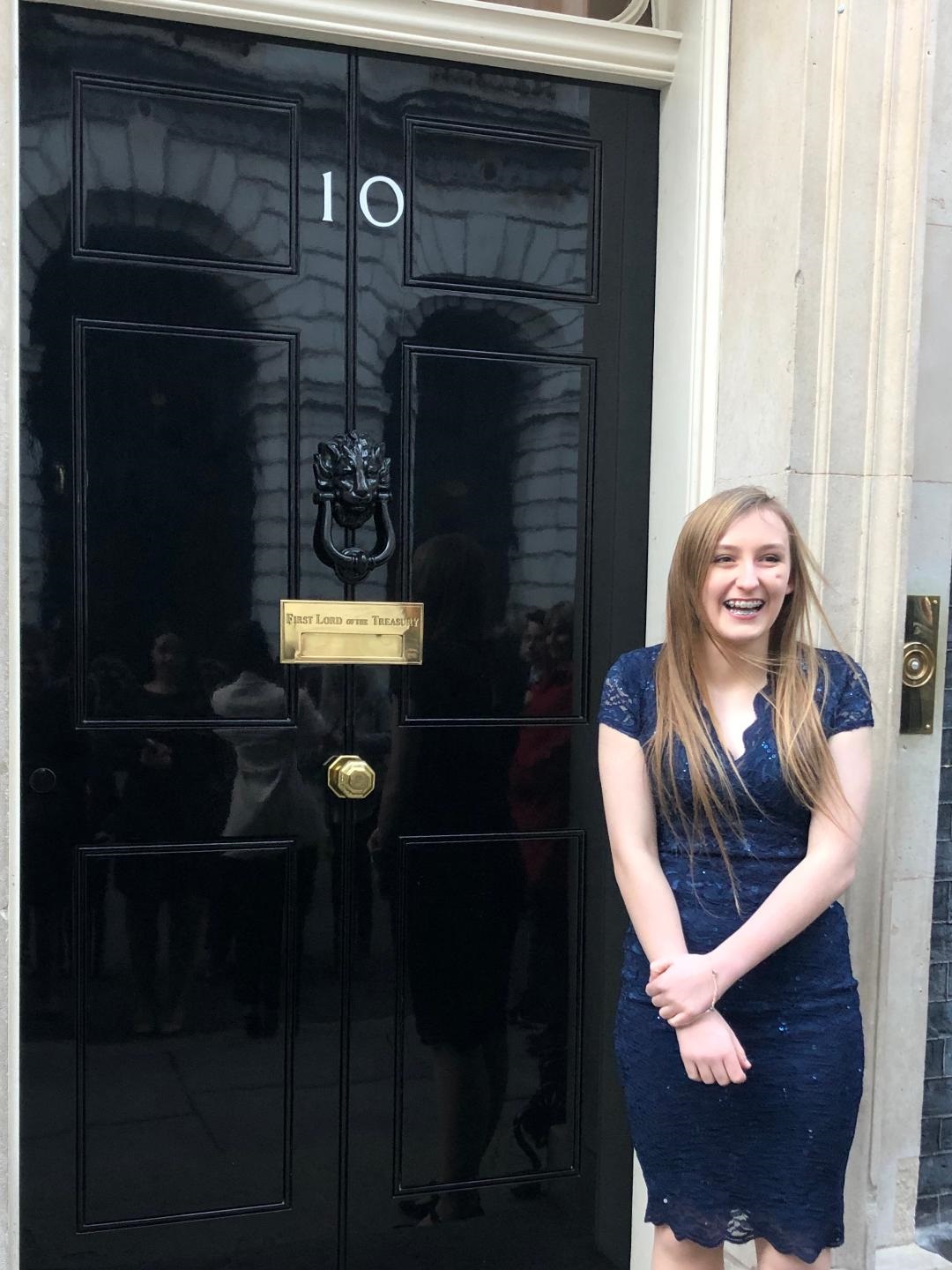 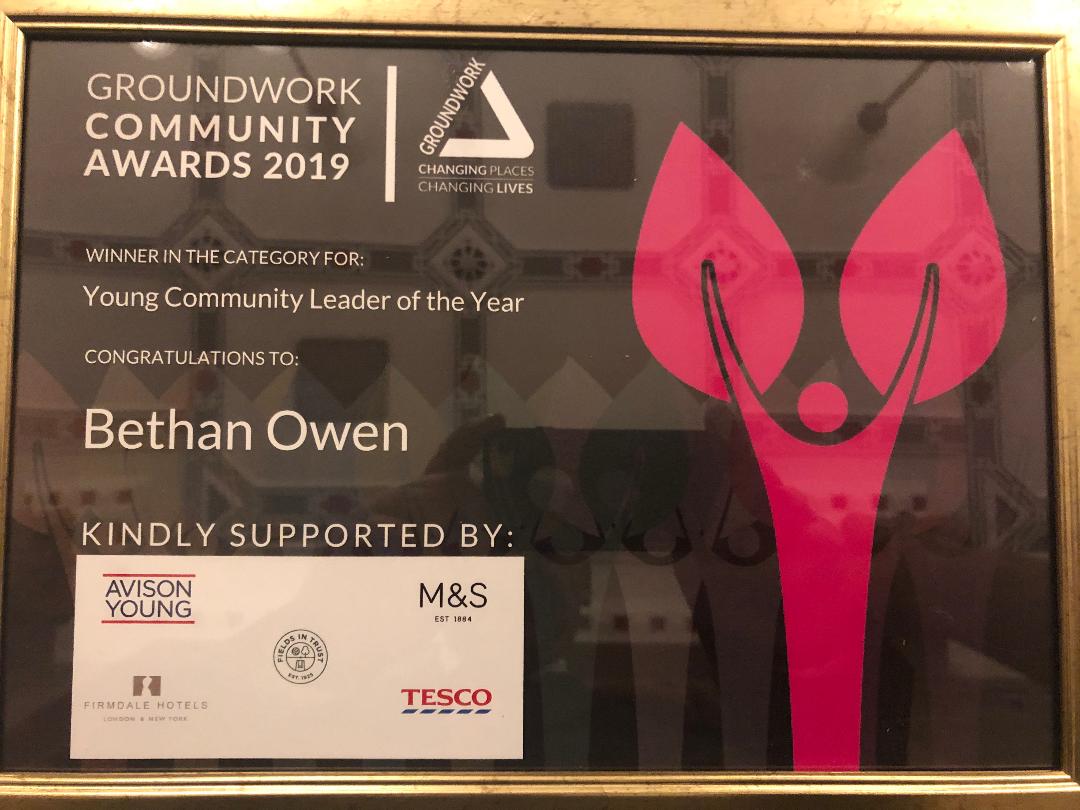 Just some news I thought you might like to know - We've been busy shooting a music video with the Karate club for a local rock band with Director Brooklyn Beckham ( David and Victoria Beckhams Son.)

The music video has just been released yesterday so i thought you might like to have a look.

There is a small clip in the middle of the video where IMASA gets a mention !

It's currently had over 20,000 views and Brooklyn has put a trailer for it on his Instagram page which has reached over 160,000 views at the moment.

Here's some photos from the filming day to have a look at as well.

They released the song through Vogue magazine and there's an article here : https://www.vogue.co.uk/article/brooklyn-beckham-music-video-2019

I think it's been in every paper and news site including The Sun, Daily Star, Evening Standard, the Metro , NME, MTV News, and yesterday morning I had to go onto the BBC WM Radio breakfast show to do an interview about it.

Hopefully some good coverage for Karate. 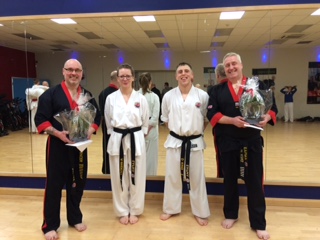 Just a note to wish you and all at IMASA a Very Merry Christmas and a Happy New Year . We have had a great start to the club this year with successful gradings and medal winners along with a happy family atmosphere in the club. 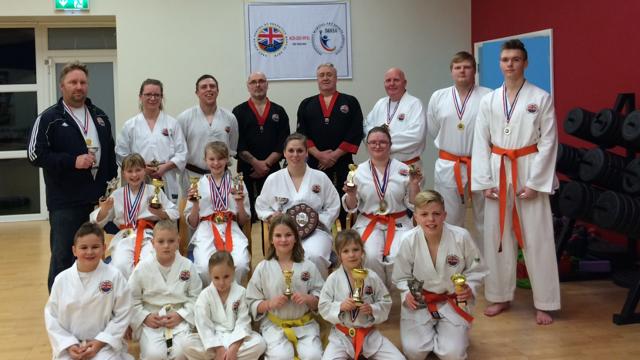 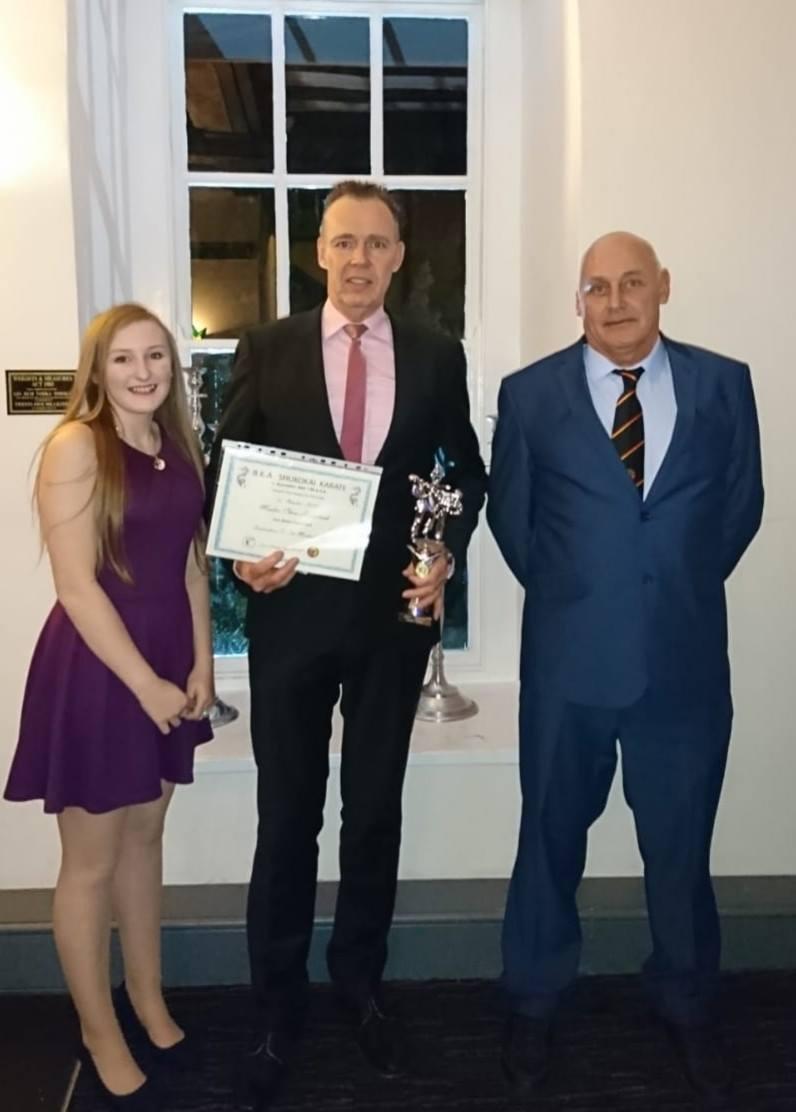 Gary received a message from Master Chris Hemstock this morning, the committee of Martial Arts of Great Britain and Team GB sent this to thank IMASA; here are his words, we had a great day and night with David Lambert all on BKA Rhyl on facebook!

Oh what a night - Truely Humbled and Honoured to have received another award this year. This time from Bethan Owen, her Father Garry Julie Owen, the BKA and IMASA.

When I see the amazing work you guys do up here in North Wales, it warms my heart and soul.

You guys do so much with so little it truly is a massive achievement. You're the ones that deserve the awards, the recognition and the applause. Thank you for your kind words and your hospitality. I salute you both xx

Congratulations to John Robertson on 11/11/18 he was awarded a Hall of Fame award from Martial Arts UK by Bob Sykes and Paul Barnett.

A humbling moment in his lifelong journey in Martial Arts.

We have had a great two weeks at the club. First we had a very successful yellow belt grading on Sunday 12th August then followed with our grading Ceremony on Friday 17th August.

Please see some of our clips of the ceremony and of Lee Spencer (with the glassses) and Malcolm King, under our logo’s. We have also set up a facebook page for the club if you wish to look it up we are under Michelle Rust in Norfolk and see our logo. 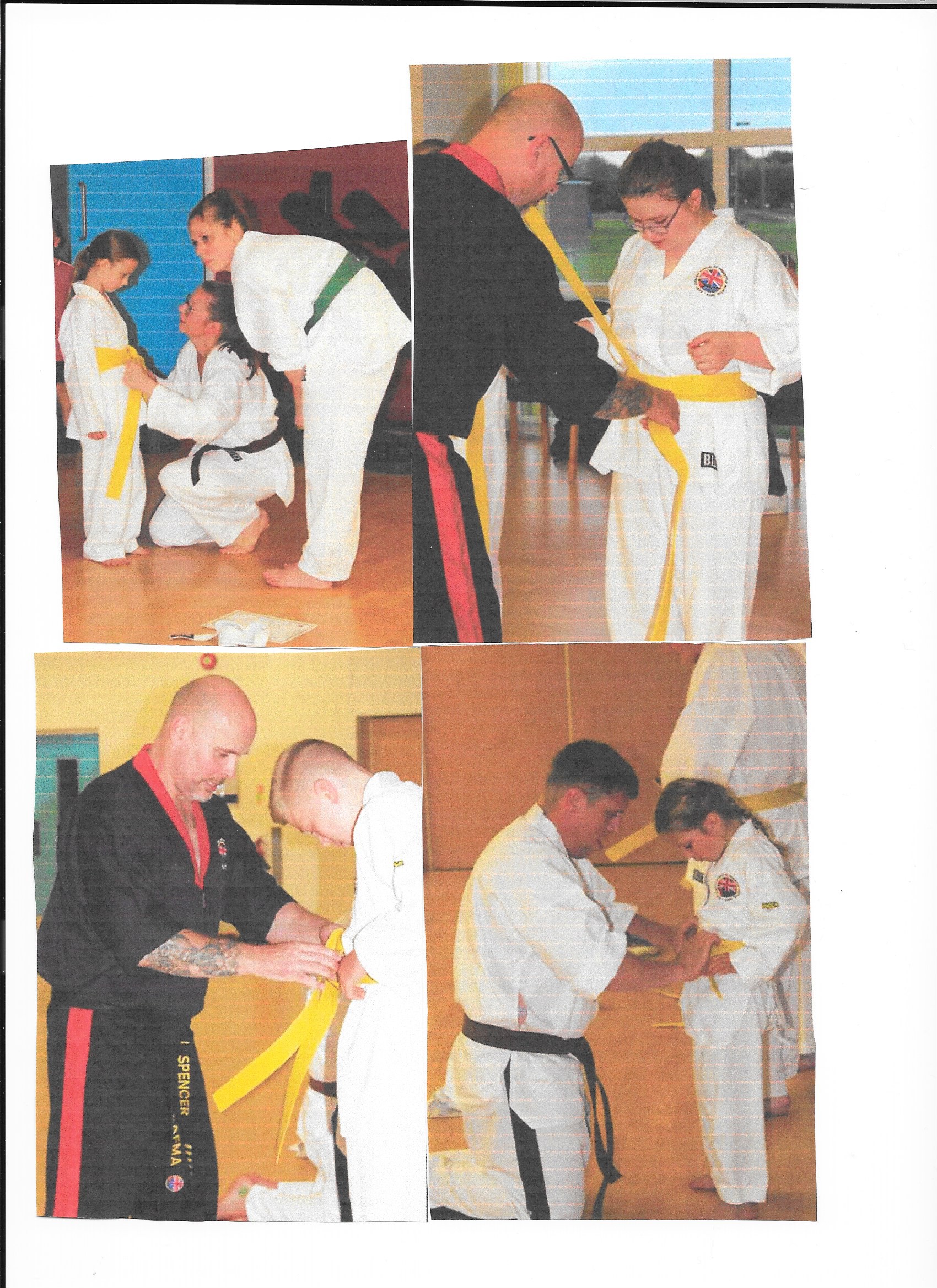 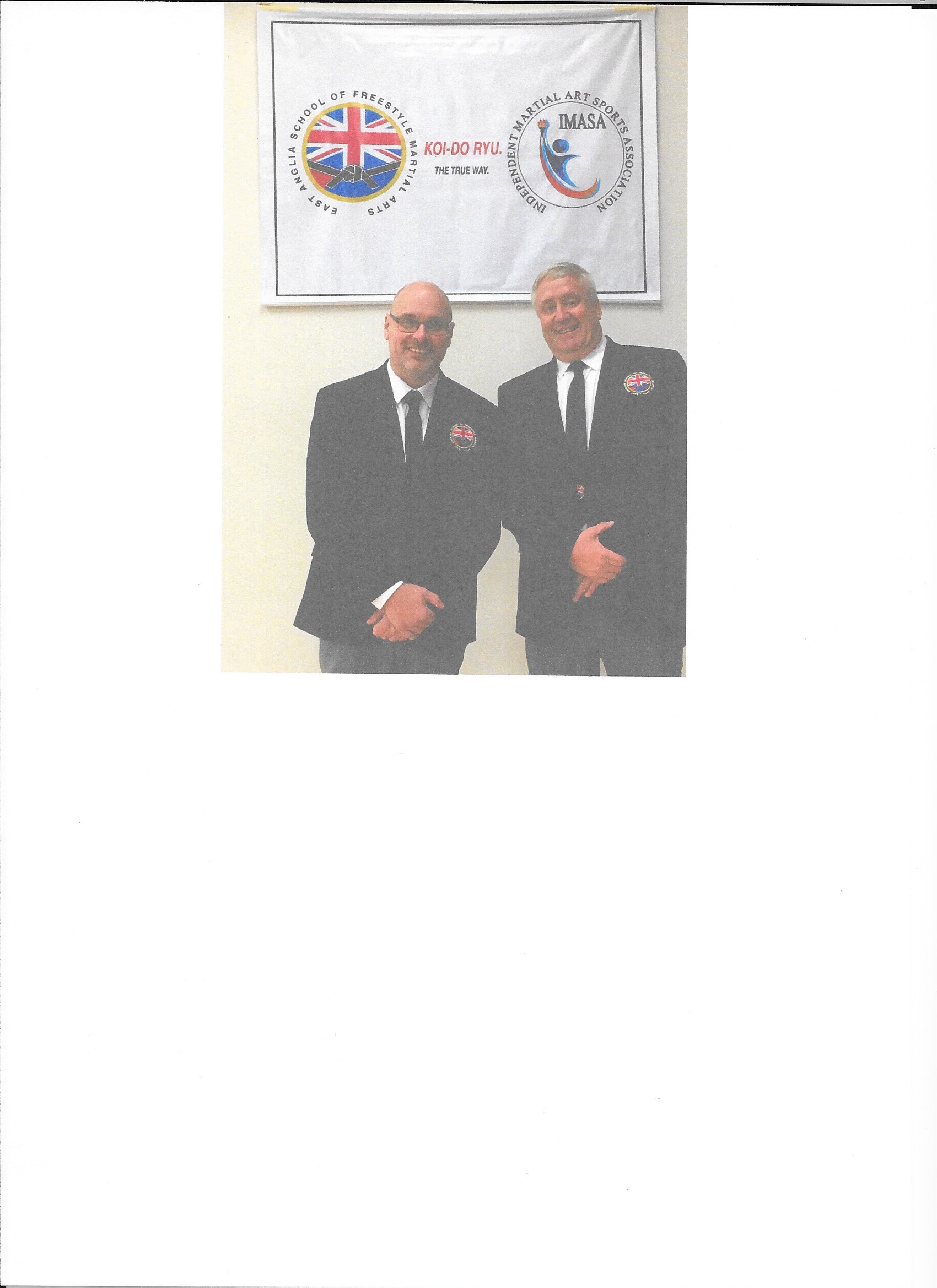 Itai Doshin Aikido Club is directly linked to Japan as members of the Owari Aikikai under the chairmanship of Takimoto Shihan (7th Dan Aikikai) who are registered with the Aikido Aikikai headquarters (The Hombu) in Tokyo. We are the first club outside of Japan to be part of Owari Aikikai so this is a special honour for us. 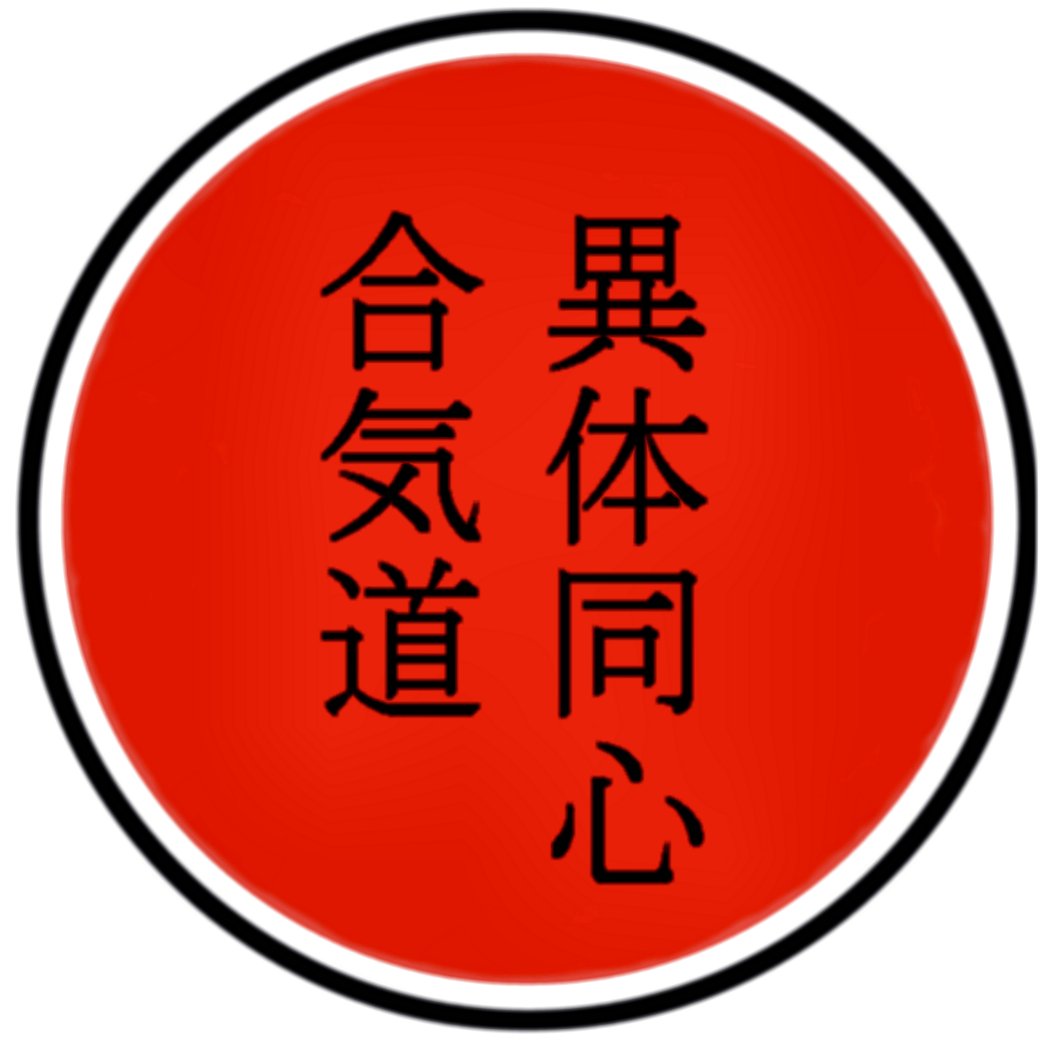